What is the meaning of the Jitsi logo?

I have a question:
Could you please explain me what is the meaning of the Jitsi/Jitsi Meet logo?
I actually want to understand the branding behind Jitsi in general. I already know the name means “wires” in Bulgarian, because Jitsi allows people to communicate, like wires do; but what is the meaning of the Jitsi logo?
Is it a genius, a personality, a character representing something?
In what this logo represents Jitsi and its community?
Thanks in advance,
Kinds regards,
Otto.

It’s the genie getting out of the lamp.

I actually want to understand the branding behind Jitsi in general. I already know the name means “wires” in Bulgarian, because Jitsi allows people to communicate, like wires do; but what is the meaning of the Jitsi logo?

Interesting question. Got me curious and did a bit of digging. Here’s what I could find.

Branding wise, the concept of that logo predates the name Jitsi. From what I gather, Jitsi started off with Jitsi Desktop which used to be called SIP Communicator. The Genie logo was establish in the early days of SIP Communicator as we can see from the Dec 2005 version of its website 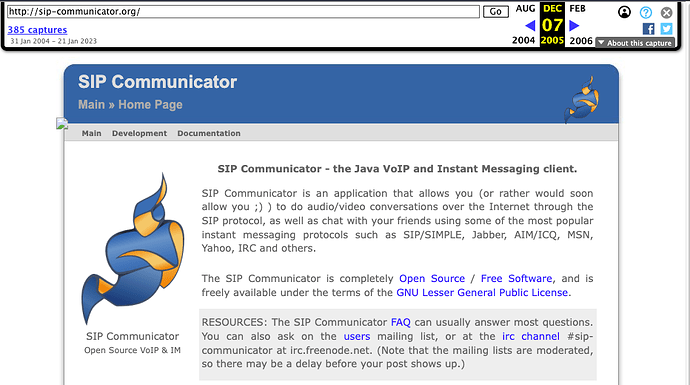 When then project rebranded to Jitsi, there was some initial discussion about choosing a new logo but the eventual decision was to stick with the same logo:

So, it appears we have reached rough consensus on keeping the old logo with the new name, at least for a while. Thanks to everyone for their feedback and see you all at FOSDEM! Emil

And here we see from the first version of jitsi.org website that the original SIP Communicator logo was used:

… and some time around late 2013, we see the switch to the current version of the logo that we all know and love

The one part that I would add is the original version of the logo here: 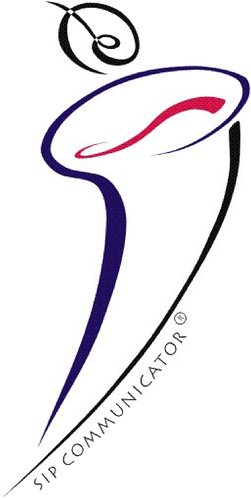 My dad designed this logo in 2003 and the blue curve was supposed to have the S of SIP Communicator. So I think his choice of the genie as a symbol came from there. When he later designed the very first version of the current Genie (the blue and orange one), he dropped the S and only kept the genie because by then we were all used to it already.

Thank you for your answers! You are blazing fast!
Your community is very responsive, thanks for all of your detailed answers.
It is very interesting, and now, I understand the branding behind the Jitsi project, thank you.
The name of this project is incredible, but I did not understand the logo, now, I do!
PS: You see “Otto” and “Otto2”, because I had some troubles remembering my password and accessing to my email address, so I created a new account.
Thank you the Jitsi community.
Have a nice day!