Over the last few months we’ve had an issue where when using an external USB Camera with Jitsi like a Logitech Meetup or Cisco Room USB sometimes after a few hours connected to a Jitsi call the camera will lose its feed.

It’s only been in the last few months on Jitsi, previously it was always solid. Also it doesn’t appear to be happening on other applications like Zoom etc.

Join a WebRTC video conference powered by the Jitsi Videobridge

Specifically, the participant that’s dropped its camera feed in this example is Participant ID f68198d0

Can you please look into this? 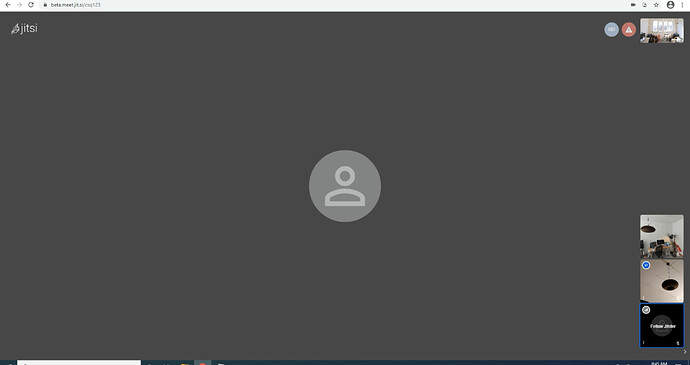 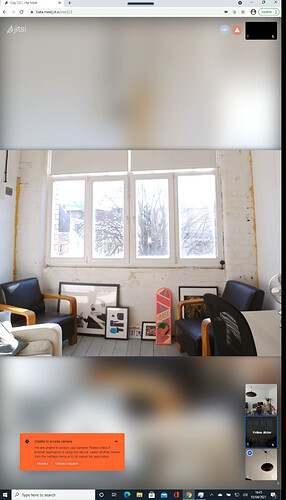 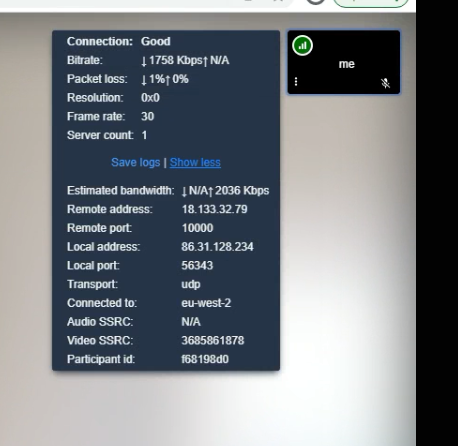 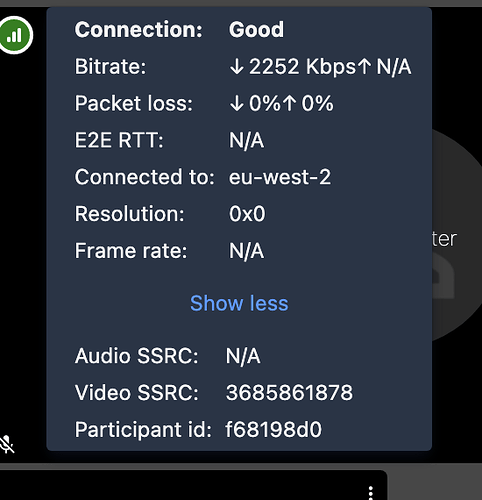 Hi Jitsi team, has anyone looked into this yet? Thanks Daryl

If you’re using meet.jit.si (appears you are), there have been several updates in the past few weeks (with a new version just released). See if you experience the issue again. If/when you do, capture the logs from the participant’s js console and share.