Provide a layout with hexagonal images of each attendee (numerous attendees)

When many attendees are in the meeting, there is a difficulty to view each attendee. The rectangular view of each attendee displays a part of meaningless information in the edges of the rectangle. On another side, providing a circle view would increase the ratio between useful image part and the meaningless image part. However this later alternative would infer a loss a place because of the layout of the circle views besides each other.
The bees provided a solution in order to lower the consumption of beeswax between each alveolus. The hexagonal pattern is close to a circle pattern but it allows an optimal layout in order to lower the total borders length between the patterns.
Using a layout of hexagonal images of each attendee would allow to see more people on the same screen.
When this feature would be available, further network bandwidth optimization could be enabled. The hexagonal images could use a specific video codec which broadcasts only an hexagonal image (cropping the corners of the webcam image).

When this feature would be available, further network bandwidth optimization could be enabled. The hexagonal images could use a specific video codec which broadcasts only an hexagonal image (cropping the corners of the webcam image).

Do you have experience in this area? Codec implementations are way over my head, but I’d guess that something like that could’ve come up in recent codec development like AV1, and yet it hasn’t…

I’ve no experience in codec implementation.
However, I know that they exist : 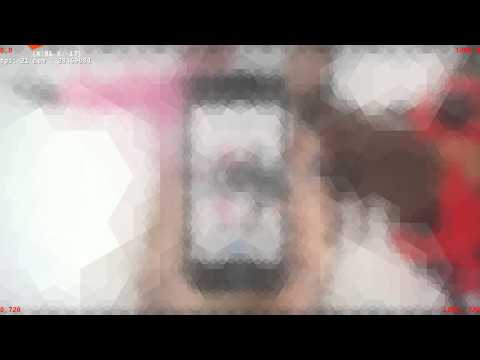 Hi,
Video Codec format are always rectangular one because it works on rectangular basic bloc (that’s better for storing data and using vector instructions).
But there is some research on region of interest to apply better quality on some part of images: Eye-Controlled Region of Interest HEVC Encoding | IEEE Conference Publication | IEEE Xplore and https://groups.google.com/a/webmproject.org/g/codec-devel/c/HVBRjoW0fTw

So in theory, it can be possible to generate some video stream optimised for an hexagonal layout if you could crop it efficiently on the player side.
The question is :
Does it really make some improvement in quality and bandwidth usage compared to standard codec settings ?

The quality and bandwidth improvement is a possible next step. The first advantage is that with a given zoom level of each face, more people can be seen on the screen.

Just two cents, there are many cases where there are more than one person behind the camera … So cutting every video to a face is not a silver bullet solution.

THis sounds like a research project for a masters or a PhD to be honest.

The zoom level can provide a wider view than just a face. In any case, each participant will be seen with a better ratio between the information area and the meaningless area.