Problems with Chrome - no camera or microphone

Hello!
Sorry in advancebut I’m not the most teach-savy person, so forgive me if the terminology doesn’t quite fit (I’m also translating, so the messages may not say 100% the same words you’d see in your Jitsi)

I’m a teacher and use Jitsi for video conferences with my students sometimes. Usually I use my computer for that and my standard browser is Firefox. Aside from some issues (connection rapidly changes from red to yellow to green and back, choppy videos, sometimes the audio cuts out and I have to rejoin the room) I haven’t had problems with Firefox.

However, I’ve read that Chrome is better suited for Jitsi. But I cannot get it to work on Chrome at all! The first time I open a meeting, the browser asks me in a popup for permission to use my webcam and microphone, I click on accept, and then nothing happens. The meeting doesn’t start. The webcam is on (the little green light turns on) but the meeting doesn’t start.

And when I try it again, the popup for permission never appears again! The screen just tells me to give Jitsi permission to use my camera and microphone but I’m not given the option to do it.

I thought that maybe my adblock was somehow messing with the site so I turned it off, but that didn’t work either.

A colleague of mine has reported the same issue. She can use other meeting programs easily (Zoom, Skype, Microsoft Team) but Jitsi does not work with the Chrome browser or her Edge browser which is strange because aren’t they the recommended browsers for Jitsi?

Can you please help me?
As far as I know, both browsers I use (Firefox and Chrome) are up to date.

However, I’ve read that Chrome is better suited for Jitsi

Firefox works but Chrome (Chromium in my case) has some better compression, so yes it can bring something on a slow link

And when I try it again, the popup for permission never appears again!

you are right, Chrome is a bit more permissive from the web site point of view, the authorization is saved and if you want to remove it you have to do it explicitly in the Chrome options.

The screen just tells me to give Jitsi permission to use my camera and microphone but I’m not given the option to do it.

webrtc (the browser software on which jitsi-meet is based) is very complex and some hardware is half-compatible and may work with some browsers but not others. There is on this forum a thread called ‘Failed to access your camera’ where I posted a link that I have been warned to not post again

showing how prevalent is this problem.

Try to go to test.webrtc.org to test your webcam. If it shows as not compatible, you will have to get a better webcam (or complain to the people having sold it to you). If it shows as compatible, it may be solved at the Jitsi level, try to report it here

thank you so much for your reply.

I feel like I’ve gone one step ahead…but two backwards.

I have indeed found the option where I can remove giving access to my camera&microphone.

Sadly, that still doesn’t explain why Jitsi keeps me on the site “You need to give access” when chrome had already given it. And why it doesn’t work on the first try when I explicitly do give permission.

I have tried the test; I get two errors, regarding ipv6 and video bandwidth. But the camera as such does work.
Does that mean it is a camera problem or a jitsi problem?

Sorry if the question is dumb, but I’m trying my best to understand here.

I have tried the test; I get two errors, regarding ipv6 and video bandwidth. But the camera as such does work.
Does that mean it is a camera problem or a jitsi problem?

As I said it’s complex software and with hardware that can cost below 20 $ or 20€ it’s difficult (well, impossible) to get support for it.
You can try to report the issue as I said on the Jitsi issues or try your luck on the Chrome forums.
There is also a small chance that it could work better with the standalone Electron Jitsi application. 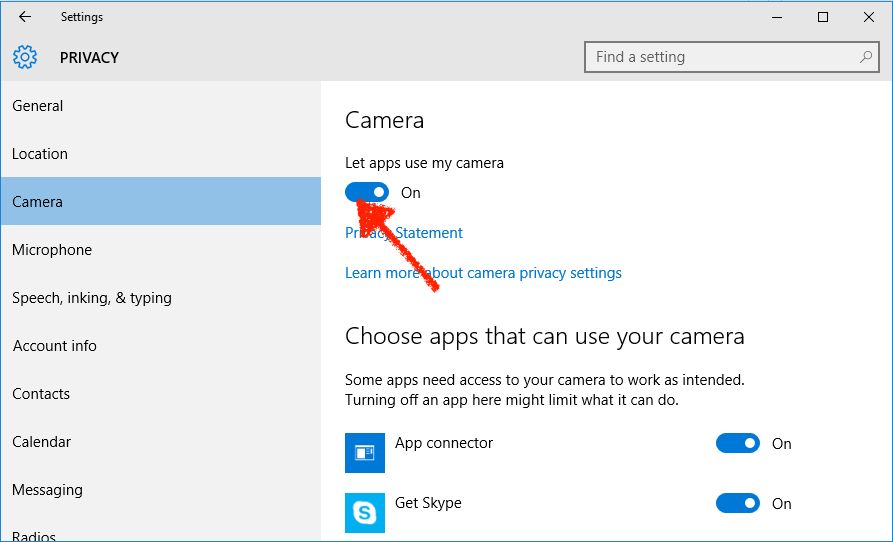 Do you have any antivirus software that’s probably blocking access to the camera?

The OP said it was working for Firefox - are you saying that Firefox can work around Windows permissions ? (I don’t use Windows)

I dug out a windows laptop and tested it myself
Using old versions of chrome 77 something then both microphone and video is working, by updating chrome to the latest version 80+ then everything stopped working I had to go into windows privacy settings to make it work.
Firefox was working all the time.

it appears to be a windows + chrome combo issue: for some reason firefox appears to work regardless of the windows privacy setting while chrome does not,

Not sure the link you post backs clearly that, but anyway Windows seems a funny mess.

both chrome & edge (based on chromium) works fine for me on Windows. i’ve tested this on multiple machines and dont see this issue

But I do have that option enabled. And I did before, so nothing changed.

I tried turning it off and on and the error persists.
Jitsi asks for permission, I give permisson, the webcam turns on but the meeting won’t start.

not that I know of. I have McAfee and the camera works on Jitsi with firefox but not chrome. I had a Zoom meeting last week on chrome where my camera did work.

@teaching try your browser at https://test.webrtc.org/ if you can get camera and microphone working there then it should work in jitsi too

I had a Zoom meeting last week on chrome where my camera did work.

I feel like I’m losing my mind over here.
I did this test first with firefox. I had two problems, the ipv6 thing and video bandwith.
Then I did this test in chrome, but it doesn’t progress past Check resolution 1280x720, it just stops.

I tried it again now and chrome has the same problem. And in firefox now I get the error message Failed to access your computer’s camera and microphone (NotReadableError: Failed to allocate videosource). which I didn’t get before.

I have found that if I record a message using the microphone and play it back while on Jitsi, everyone in the conference can hear the message!

This is bizarre. The microphone must be working and permissions were granted for its access, but only a sound like water is heard from people on the other end.

teaching is not the only one with the trouble.

This solution solved my camera permission issue with Chrome and Jitsi!! Just by disabling MediaFoundation Video Capture in Chrome settings it´s actually working finally! Se video for a quick guide! Hope it also can help someone else! Cheers!