I’m a closed captioner. I caption a lot of meetings on Zoom and other platforms but I’ve been asked to do something on jitsi. Is there a caption pod or any option to enable live (not auto generated) captions?

Welcome to the forum.

This feature does not currently exist. Closed captioning in Jitsi right now is done through an exchange between Jigasi (a Jitsi component) and Google cloud transcription service. Perhaps there could be an adaptation where the json file that’s sent back from Google can be generated by a LIVE transcriptionist instead. I’m sure a PR with this customization would be welcomed by the Team.

Thank you for your response.

The problem with that solution is that for the only person who will see it is the person who has the overlay. For people who are less technically savvy, having the captions directly in a caption pod is a much better option. 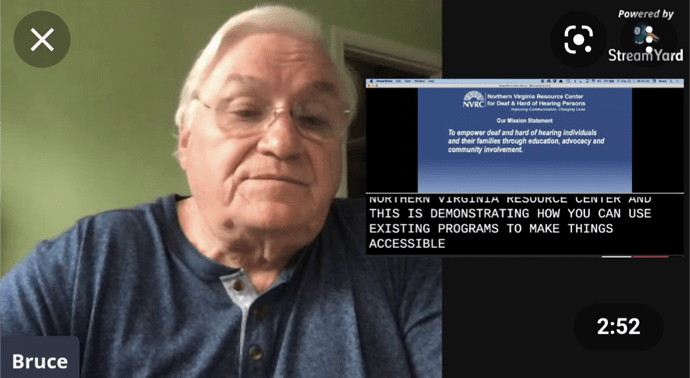 Yeah, you would need something that generates captioning for everyone on the call, like Jigasi does. Perhaps you might find a developer who would be willing to take this on. I imagine what’s required is a substitute interface that allows live-transcribed text to be fed back to Jigasi in json format.