I have jibri installed on a separate machine from my jitsi everything is working fine I can even record 1 hour no problem, today I noticed when I record 4 or 5 videos at a same time I have a lock that jibri all recorders are currently busy here are the speciphics of my machine where jibri installed 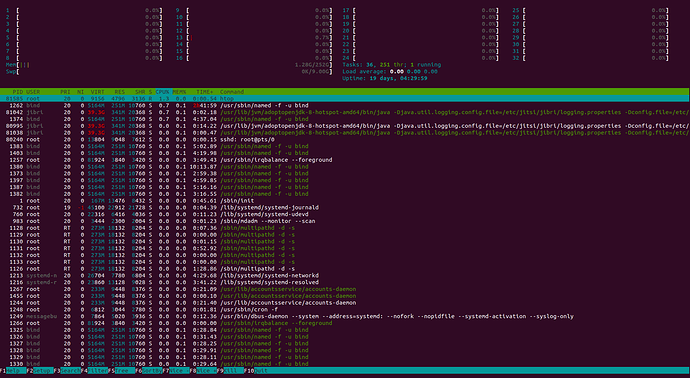 in this case it is necessary that I make what to add another machine? or increased the resources of the permier machine or how

One jibri, can record one session, you need to scale up the number of jibris to how many sessions do you want to record simultaneously.

hello @damencho thank you for your relpay

when you say one session i.e. a room? what do you mean by session ?
if i need to scale up the number of jibris that is to say on the same machine I create a new jibri like this for example

or create a new machine by jibri ?

and with the same jibri conf in the side of my machine jitsi ?

That’s the limitation of Jibri

is there any other alternative to jibri that I can integrate with jitsi for record?

According to the screenshot you shared, you have 32 cores. You may run ~8 Jibri instances on this server using containers.

sorry gentlemen if my English is not good,

how can i if create another instance in the same machine

Yes, with docker. If you containerize that environment, you can run multiple jibri instances as docker.

i will try i’m not familiar with docker

As an alternative you may use LXC (Linux container).

If you install Jitsi according to this guide, it will create multiple Jibri instances on JMS server. (without installing an additional Jibri server).

Number of Jibri instances depends on the number of CPU cores. The system will resize itself according to the number of cores (+1 Jibri for each 4 cores).

another question: with the use of jibri not possible that the record is unlimited ?

last question : what is the difference between jibri and localrecording button in jitsi toolbar

Don’t try it in your current active server. Use a freshly installed Debian 11 Bullseye box. Otherwise it will not work.

another question: with the use of jibri not possible that the record is unlimited ?

Number of concurrent recordings depends on the number of Jibri instances.