We have a presentation mode where we show a user’s cam stream and screen share at the same time, like a picture in picture setup. Previously we used a 2nd connection so the user could have 2 simultaneous video streams. Now that Jitsi supports 2 video streams, we are changing it to use multiple video streams on the same connection.

You can confirm this by reading all tracks for a remote participant during onTrackAdded, and then reading them again after the event.

Is this by design? Is it a mistake? Is there another way I can check a remote track’s source in onTrackAdded? 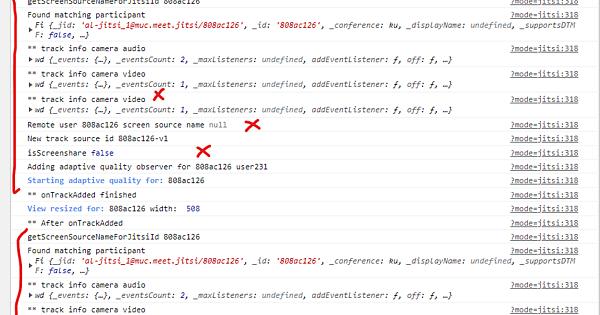 We have exactly the same error. Did you manage to fix it?

It’s not the nicest solution but it works

So the same way you send the track_removed like event right?