when a user looses his connection, it remains visible in the GUI saying he has connection problems, If I reload the screen, it remains there, and if I close the room and restart, user is still there. I read that the kick out option can be used, but it is missing in the disconnected user.
The only way I found is restarting prosody, but obviously is not a solution, any idea? 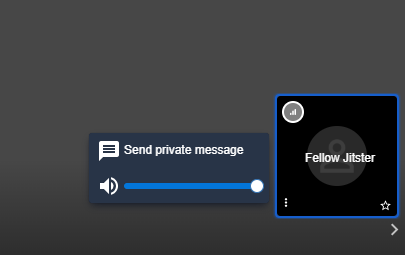 Hm. I was able to kick disconnected users. Are you sure you still have moderator status? Or did you lose it when reloading the screen?

that could be an option, I’ll need to recheck because it possible…thanks for the idea

yeah, that happens also, but it is solved by enabling authentication at least for the moderator. Then when it looses the connection and reconnects, is still the moderator

I think I’ve fixed it via changing

Issue was: zombie participants left in a Itsi meet room for long time.

Hope that helps some people in this crazy times.

It would a good idea to be able to kick off lost connection participants automatically.